Richard and Mimi Farina recorded an adapted version of an old Mexican folk song in the 1960s. Richard wrote new English lyrics to it … and in 1974, I contacted Mimi (Baez) Farina, the younger sister of Joan Baez to ask if I could someday record it. By that time I was already suffering the effects of Tick-Borne LYME infection that later changed my life completely and this song offered me great “comfort” … I am sure it will do the same for you.

We became friends (Mimi had non-profit organizations feeding the homeless under the name “BREAD & ROSES”) and graciously gave me permission to use it. (Richard had tragically died in an accident some years earlier) . She wrote me wonderful letters (now long gone) and died suddenly in 2001 … My version does not do it ( the song ) “justice”, as the original is so “poignant” … but I am thrilled to be carrying on their “legacy”, and now years later using for a good purpose … I get to be part of their story … she (Mimi) would agree …

You can help the more than 500,000 children suffering from LYME and Tick-Borne infections in North America by donating directly to the non-profit foundations listed on our DONATE page. When you donate to them, you are helping kids and their families pay for medical expenses not covered by conventional insurance, including diagnostic tests, treatment, and other costs!
PLEASE VIEW RICHARD AND MIMI FARINA’s albums and songs on YOUTUBE and on your internet search engine … you will hear ” real ” music… to inspire you…

Released on REFLECTIONS IN A CRYSTAL WIND album (December, 1965) on Vanguard RecordsMusic from a traditional Mexican Song ” Los Bibilicos “adapted with new lyrics by Richard Farina 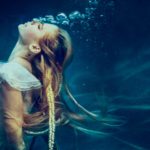 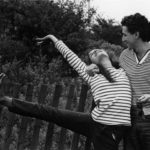