What Are the Symptoms of Chronic Lyme Disease?
Despite some skepticism in the medical community, chronic Lyme disease is a growing epidemic in the U.S. This stems partly from the shortcomings of many of the officially recommended Lyme disease tests, which leave too many patients with untreated infections that then become persistent and debilitating.

The following article will cover what you should know about chronic Lyme and provide an introductory but non-exhaustive chronic Lyme disease symptoms checklist.

Chronic Lyme: What happens when Lyme goes untreated?
The Lyme community typically uses the term “chronic Lyme disease” to describe a range of physical, cognitive, and emotional symptoms that crop up after getting Lyme disease and persist for months to years after infection.

The risk of chronic Lyme increases the longer a Lyme infection goes untreated or undertreated. In other words, patients are more likely to recover fully if their Lyme infection is detected and treated as early as possible after the discovery of a tick bite. This stage is usually marked by symptoms such as fevers, chills, muscle aches, and sometimes rashes.

When left untreated or undertreated, however, Lyme disease can spread throughout the body and affect:

As Lymedisease.org points out, these symptoms can evolve, disappear, and reappear at different times.

The numbers on chronic Lyme
Because Lyme disease is commonly missed or misdiagnosed, statistics vary on how many Lyme patients go on to experience chronic symptoms. The following research nonetheless paints a basic picture of the problem.

An estimated 5-20% of patients may have chronic symptoms after getting Lyme disease, according to the Columbia University Irving Medical Center.

The treatment failure rate for chronic Lyme disease patients was estimated at 26-50% in 2004, compared to 16-39% for early Lyme patients, according to Lymedisease.org.

Up to 15-40% of late-stage Lyme patients develop neurological disorders, which are responsible for many common symptoms of chronic Lyme disease.

Experts don’t know for sure why some people experience persistent symptoms, even with treatment. However, some believe the Lyme infection may trigger an auto-immune response that manifests in the chronic symptoms detailed below.

Symptoms of early stage Lyme disease
According to the Centers for Disease Control and Prevention (CDC), early-stage Lyme disease symptoms crop up within 3 to 30 days after exposure and can include but are not limited to:

The CDC defines PTLDS as generalized and/or recurring pain, fatigue, and cognitive difficulties that last for more than 6 months after treatment. These mirror symptoms associated with chronic Lyme disease, with or without treatment.

Some chronic Lyme disease symptoms
As mentioned, chronic Lyme disease consists of a broad cluster of physical, cognitive, and psychiatric symptoms. Some of these symptoms are much more common, while others almost never occur, but can be deadly. But even the less severe symptoms, such as chronic fatigue and pain, can lead to drastic changes in quality of life for chronic Lyme patients.

Chronic Lyme survivors have reported experiencing the following symptoms for months to years after infection:

According to Lymedisease.org, studies consistently show that chronic Lyme disease patients have poorer quality of life than those with other chronic diseases. One of their own studies showed that 75% of surveyed patients reported at least one symptom as “severe” or “very severe.”

Getting diagnosed and treated for chronic Lyme disease Antibiotic treatment
Lyme disease is treated with antibiotics, most often doxycycline. This usually consists of a 2- to 4-week treatment of either oral or, in rarer cases, intravenous antibiotics. Longer treatment is needed in some patients depending on how long they have had the disease or if they have any co-infections.

Holistic treatment
At later or chronic stages, Lyme disease becomes harder to treat with antibiotics alone. Symptoms may require a more holistic approach including diet and lifestyle changes, especially when the disease has developed into neurological or psychiatric symptoms.

Early detection is key
Lyme disease is easiest to treat at the early or acute stage, within the first 30 days of exposure. This is why it’s so important to take precautions to prevent tick bites, both during and outside of tick season. Protect yourself when near potential tick habitats, always perform tick checks after outdoor activity (and shower if possible), and don’t delay seeking medical attention if you notice any symptoms that might be related to tick-borne illness. It’s important to get tested as soon as possible for the best chances of recovery.

We would like to thank Igenex for this article about Lyme Disease: https://igenex.com/ 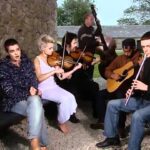