Hello everyone… while the world is fixated on the American 2020 election, or the global Covid-19 pandemic (virus), perhaps this is an opportune time to introduce you to one of the world’s largest and fastest growing “hidden” infectious epidemics – Tick Transmitted bacterial infections.

While LYME (named after Lyme, Connecticut USA where an outbreak was first identified in the mid-1970s) is the most famous, and notorious, and has been identified with celebrities like Kris Kristofferson, Avril Lavigne, Shania Twain, among others – it is ONLY ONE OF MANY pathogenic bacteria that can be carried, and transmitted by the bite of many species of ticks world-wide.

Most people are not aware of this – unfortunately thinking these infectious bacteria are limited to a small region of the world (New England area of USA). There are literally dozens of these bacteria, causing sometimes similar, but more often very different symptoms of illness, severity of debilitation, and speed and potential degree of possible mortality.

Depending on where you are in the world – they bear different names, they are different strains or species, but are all parasitic in nature – using your body to grow “colonies” or “cities” in your soft tissue (cartilage, tendons, spinal discs, nerve tissue, organs) eventually causing irrecoverable damage when left undetected and untreated. They can be Borrelia, Babesia, Bartonella, Anaplasma, Rickettsia, and so many more.

Just in Australia alone, there are many Tick Transmitted bacteria having no connection to Borrelia burgdorferi (the famous LYME disease bacteria from USA) except to be just as debilitating, just as horrible to endure, and just as potentially fatal.

This gets us to the first issue – WHO THE HECK AM I?

AUTHOR’S NOTE: Among the many “incredible” statements made by uneducated Doctors, Nurses, medical review boards, and health insurance executives is this one – “There is no such thing as Lyme or Borrelia bacteria infection outside of Northeastern USA. It does not exist in any other area”. I have heard this dozens of times from my counseling clients, patients I have worked with as a Peer Mentor, and entire families suffering from these horrible infections.

Even in the face of credible modern tests (Igenex, Quest, Davenport and many other labs fully accredited by the CDC) they refuse to accept reality, denying treatment or care.
THIS IS 2020 – NOT THE MIDDLE AGES!
This belief is widespread in Iowa, Oklahoma, southern states, and even California – where I was told “LYME DOES NOT EXIST IN CALIFORNIA” by otherwise reputable GPs and Family MDs…. *

I hope you will read the article below published by PMC about Ticks, and Transmitted infections in Australia. This is only a tip of the iceberg.

Thank You for reading.
Michael Judson / MUSICIANS FOR CHILDREN WITH LYME 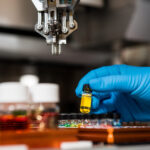 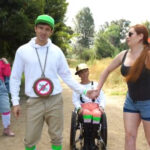