SAINT – SAENS VIOLIN CONCERTO #1 in A Major, Opus 20 – FOR ALL THE KIDS, AND MUSICIANS WITH LYME (Like me)

I have had infection (bacterial pathogens) in my body since the 1960s. These were eventually identified thru recent modern testing as Borellia burgdorferi,  Borellia miyamoti, Babesia duncani, Babesia microti, as well as Bartonella and others. These are primarily tick-borne, although recent new evidence suggests they may be spreading widely through other “vectors” (spiders, mosquitoes, fleas, and possibly more). There is a reference later in this article regarding how these  were identified. It is not unusual – 50% of all LYME patients are found to have at least one other tick-borne co-infection. The complications of having multiple infections at the same time literally can make your life as a patient – a living “HELL”.Now that you have graciously read this far, CAN YOU SEE HOW AWFUL THIS MUST BE FOR A CHILD?

Back to the music! This website is about music, information about LYME and infections, and KIDS. We are “Bringing It All Back Home” (like the Bob Dylan album title from 1966). I was really extraordinarily lucky to study music, learn from other gifted musicians (some are on this website) and make recordings while suffering the effects of LYME and other infections. Over the years I adapted, adapted, coped and changed, as my hands, fingers, and joints changed and lost their full functions. Many of those with LYME will never have this chance!  I have always loved Classical Music – sometimes it best expresses the moods of pain, hopefulness, fear, or relief.

Below you will find my notes written about SAINT-SAENS Violin Concerto #1 in A Major. Camille Saint-Saens was born in Paris, France in 1835. He was a composer from what we call the “Romantic” period. This Concerto was written in 1859  specifically for a “child prodigy” violinist of his day named Pablo de Sarasate, aged 15. Hey, long before all those shows on TV today – there were young Kids playing or singing like musical adult geniuses! The ebb and flow, the passionate violin solo attempting to rise above the orchestra, the ups and downs, all of this illustrates what it is like to be “ill” with LYME. Some days are diamonds – you feel great, some days are stones and you just want to lay down, all day long. This recording is by the BBC Scottish Symphony, Martyn Brabbins (conductor), and Philippe Graffin, violinist (2015).

These LYME and other tick-borne Infections… They do alter our life…
When I was a very young man, suffering from an “unknown” neurological and joint degradation disease (1970’s), I sought help where ever I could … the best MD specialists, the best hospitals I could find, the “alternate” healing practitioners, the “new – age thinkers and Holistic Healers”, and many more.
It was many, many, years later before I realized that my life-long “Disease” and “Condition” were the result of a single Tick Bite that occurred in the 1960’s in the Blue Ridge Mountains of Virginia, when I was enjoying a normal hike, and camp-out as a Boy Scout.

How Do I Know This Now ? – You all may legitimately ask this question – and it is OK and acceptable…. in recent years modern testing has evolved. We are now able to identify the “strain”, family, and origin of many of these pathogenic bacteria that have wreaked severe havoc on so many, including Children.

WE STILL DO NOT HAVE A VACCINE, or even a “totally successful” protocol that will cure this debilitating infection from a “casual” TICK BITE, once the pathogenic bacteria take hold in your body.

For years the government and health agencies have “dithered”, and precious time has been lost while hundreds of thousands have languished and died …

NOW I AM AN OLD MAN … I worry about the Kids, and their families, that may have to endure the pain and life changing anguish I have been thru. I have started Musicians For Children with Lyme ( on Facebook ) and musicians4childrenwithlyme.com on the internet. Help us – If You Wish. if you want to help this generation of kids and their families … Stay Safe – Be Tick Smart 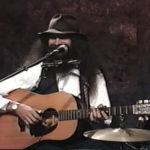