This is for Children with Lyme (1991) Unplugged acoustic version. Written and performed by Michael Judson – Carr.

Long before ” unplugged ” albums by the stars were all the rage, Michael and his acoustic band ( Julian Mountain Boys ) recorded this album – THE LOVERS AT MAMA’S CAFE – in a living room at a cabin in Julian, California in 1990. Using only a 4 track DAT recorder, engineered by friend Steve Weatherbee of Ramona, CA – they were able to capture the essence of this song… INCREDIBLY LONELY. It is part old country, and part 1930’s Hawaiian style ( a’la Leon Redbone, the famous artist from the 1960s – 70s ). It is truly ” all-acoustic ” – exactly as originally recorded and there was no studio post-production – we did not alter any of the original recording done in that cabin. Dennis Caplinger ( later a Nashville studio musician) is featured on fiddle & Dobro.

Lost by fire catastrophe (2003 Cedar Fire in San Diego County) we were able to restore from old cassette recording copies recovered in 2019. DALE PRICE of Electric Canyon Studios was able to bring ” back from the dead ” my little quirky song and I humbly give it to YOU! Copyright 1991 by Michael Judson – Carr ( Apple Harvest Music ) all rights reserved. THIS IS FOR THE KIDS! I have Lyme disease, but I am here for you…. Michael Judson-Carr 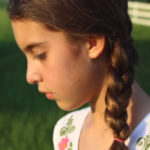