Here is a great excerpt from writer Sarah Katz’s recent article describing her childhood experience when Lyme infection struck her family:
“l first felt the dread associated with dealing with an epidemic 20 years ago, when I was 11 years old and living with my family of six in a wooded, suburban neighborhood in North Potomac, Maryland. It was the year 2000, and one morning my mother shouted uncharacteristically from her bedroom down the hall. Startled, I raced in to find her confronting her reflection in the bathroom mirror.

“I can’t move this side of my face,” she slurred, pointing to her right side. Still bleary with sleep, her right eye and corner of her mouth drooped as if they had suddenly become too heavy for her. Half of her flushed face was mysteriously paralyzed.

Her experience of Bell’s palsy was just a new bullet point in an elongating list of symptoms of a then-undiagnosed condition that my typically healthy 41-year-old mother endured that year. After months of malaise, shooting pains throughout her body, dizziness, vomiting, leg paralysis, and inaccurate speculations by doctors about whether she had kidney disease, Lou Gehrig’s disease, thyroid disease, or a mental illness, an infectious disease doctor finally diagnosed her with neurological Lyme disease, which is caused by the spiral-shaped bacteria Borrelia burgdorferi and spread by deer ticks. Due to the seriousness and progression of the disease, she received six weeks of intravenous treatment, a year of antibiotics, and a year of physical therapy.

Lyme disease upended my family’s life as suddenly as COVID-19 has affected families around the world: With no warning, and, as we would soon discover, leaving a long trail of damage in its wake.

Almost as soon as my mother recovered, my father also contracted Lyme disease. He woke up one day with numbness in his arms, excruciating nerve pain throughout his body, and puzzling neurological symptoms including confusion, memory issues, and distorted vision. After blood tests came back overwhelmingly positive for Lyme, he too received an IV for six weeks, as well as two-and-a-half years of oral antibiotic treatment. His symptoms did not abate until a decade later.

My three siblings were next. As I concerned myself with the activities of a teenager in high school – chores, studying, playing recreational football and hanging out with friends – my twin brother and younger sisters shuffled in and out of doctor appointments, complaining of fevers, aches and malaise. My brother also experienced serious memory issues and joint pain, which undermined his academic performance. After missing several days of school, they were diagnosed with Lyme disease and another tick-borne illness, Rocky Mountain spotted fever, respectively, treated with antibiotics, and eventually recovered.

At 16, depressed and wearied by the pressure of standing in as a caregiver while my family members convalesced, I finally caught up with them. A doctor attributed my chronic daily headaches and rashes to Lyme disease and successfully treated me with antibiotics, too.

We all recovered physically from these diseases long ago, but the anxiety of living with an invisible enemy never fully dissipated. I spend less time outside than I used to. I am obsessed with identifying every dark speck on my body. And now that another invisible enemy has arrived, I am wiping packages, groceries, and counters with familiar alertness.”

Sarah Katz is a wonderful writer who can be seen at  https://sarahbeakatz.com/. Her story “Lyme Disease – The Other Epidemic No One Is Talking About” is available here. 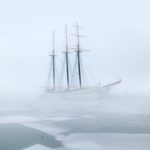 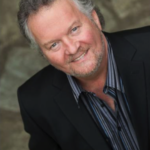